CALLED FOR SUCH A TIME AS THIS

Pray For Those Sent To The Nations!

There are those that travel regularly to the nations to preach the gospel of the Kingdom.  They need our prayer and intercession during those times.  Let us stand on guard for them, praying for the Lord to use them and protect them. There has been and always will be an onslaught against men and women of God who are willing to pay the price and lay down their lives for the brethren. Together we will thwart the plans of the enemy and see a harvest of souls brought into the Kingdom.

9For a great door and effectual is opened unto me, and there are many adversaries. 1 Cor. 16:9

FOR SUCH A TIME AS THIS

Interpretation of a Dream Given To Me by the Lord:

I keep hearing the scripture “many are called but few are chosen”. I think the pastor represents the Lord and he is calling out individuals [those who are compassionate and weeping over the needs of human kind].  Some stepped up and chose to follow Him and then He looked to you and you stepped forward.  The woman speaking may have been a distraction to you to listen to her voice in the process of walking forward and stepping into the full measure of the calling of Christ Jesus….

(interpretation by Apostle/Pastor Ruby Underwood a true friend and mentor in the Lord).

In this dream I knew Father was speaking to myself to come deeper but also there was/is a message in it to the body of Christ.  For many are called, but few are chosen.  14  Matt. 22: The spirit of God is looking for those that will follow Him regardless of the cost.  In the dream many were seated in the meeting but as the Lord stopped the meeting and called forward  those that had tears of intercession in their eyes, there were only three myself included that has tears and came forward.  Few were willing to pay the price.

Many talk about intercession, write about intercession but do NOT spend any concrete time interceding.  The Father is looking for intercessors to stand in the gap, will you be one of them?  Will those called die to self, and go deeper into this much needed place of intercession.  It is a lonely place and one that man will not see but the Father looks upon the heart.  He sees into the deep recesses and is calling deep unto deep and saying to you, will you be that one, that intercessor that will speak in the prayer chamber to the Lord on behalf of men?

Will you stand in the gap that people can be spared, and come to know Me?  Will you watch, and pray and be that one to turn around events and see that judgment is lessened or averted altogether in the life of those that do deserve His mercy and grace?  God is looking at you brother, Father God is calling you sister into the place of intercession.  Put aside all the distractions for they are many and enter into your place of prayer.  Stay there till the calamity is past.

Be merciful to me, O God, be merciful to me: for my soul trusts in : yes, in the shadow of your wings will I make my refuge, until these calamities be over. Psalm 57:1

Be willing to pray!  Do not doubt your effectiveness because the enemy tells you that you do little good and cannot pray.  If you were ineffective he would not tell you this.

Come to Me with a clean heart, a pure heart, and enter into My presence with praise and true worship.  I am speaking to you and many do not know My voice.  I AM calling you! In this hour the Lord does NOT want you distracted with anything.  He does NOT want your eyes on the titles of men but wants you to see past the outward appearance the hidden man of the heart.  There is much to distract in this hour.  Many things can appear as an angel of light but unless you bend your knee before Me you will not be able to discern.  Rightly divide the word of truth. Learn to walk past the distractions, and hear My call.  Many things may look good but discern if time spent in this way will allow you to fulfill you true calling as that intercessor God has called you to be.

The Lord is laying things on the line.  He has entreated many and called but you have not responded.  The warm bed at night feels good and a little slumber leaves the body of Christ open to attack.  We are living in a time where intercessors must be on the wall.  The Word of God needs to be prayed by the Spirit that His Kingdom may come and His will be done in the earth.  Hear what the Spirit of God is saying to you today.  Hear His voice for He is entreating you to come to Him.  Spend time with Me and I will honour it.  Spend time with Me and know Me.  Hear My Still small voice for I am speaking to you, beloved come into our prayer chamber and spend time with Me. Come.

“I searched for a man among them who would build up the wall and stand in the gap before Me for the land, so that I would not destroy it; but I found no one. Ezekiel 22:30

“Write the vision And make it plain on tablets, That he may run who reads it. 3 For the vision is yet for an appointed time; But at the end it will speak, and it will not lie. Though it tarries, wait for it; Because it will surely come, It will not tarry. Hab. 2: 2-3

45 My heart is composing a goodly matter; I speak of the verses which I have made concerning the King; my tongue is the pen of a ready writer. Psalm 45:1
8 He shall have dominion also from sea to sea, and from the river unto the ends of the earth. Psalm 72:8 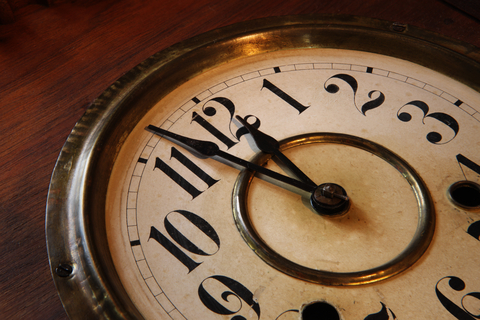